Back to Candidate Resources 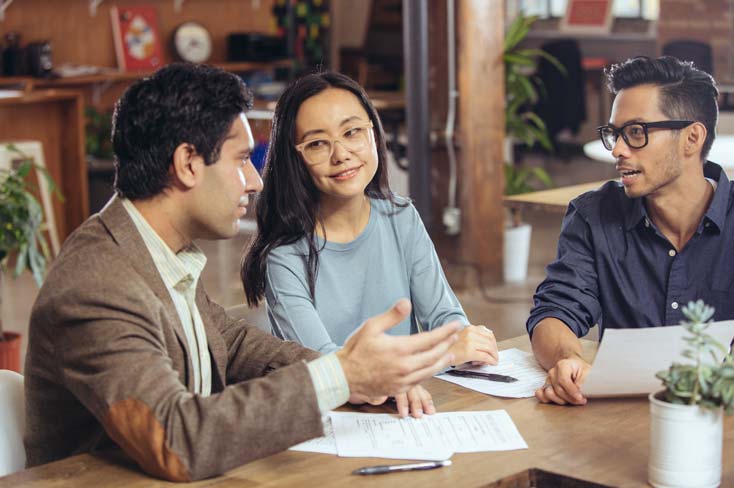 They may beg you to stay now….and give you the boot later

You have been approached by a recruiter, you have answered an ad in the paper or at an association meeting a fellow professional has interested you in looking at another opportunity.

You have gone through the interviewing process and have received a fine offer, a better opportunity from a better company.  You have analyzed and agonized over the decision to leave a good (or bad) job for what could be a better one, and have accepted (or decided to accept) the offer.  However, upon resigning, your current boss asks you to stay and has made you a counter offer.

Career changes are tough enough as it is, and anxieties about leaving a comfortable job, friends and location and having to reprove yourself again in an unknown opportunity can cloud the best logic.  But just because the new position is a little scary does not mean it is not a positive move.  Since counter offers can create confusion and buyers remorse, you should understand what’s being cast upon you.

Counter offers are typically made in conjunction with some form of flattery, e.g.:

Of course we all prefer to think we’re MVP’s, it’s natural to want to believe these manipulative appeals, but beware!!!  Accepting a counter offer is often the wrong choice.  THINK ABOUT IT; if you were worth “X” yesterday, why are they suddenly willing to pay you “X + n” today, when you weren’t expecting a raise any time soon?

Also consider how you have felt when someone resigned from your staff.  The reality is that employers don’t like to be “FIRED”.  Your boss is likely concerned that he will look bad, his career may suffer.  Bosses are judged in part, by their ability to retain staff.  Your leaving may jeopardize an important project, increase workload for others or even foul up vacation schedules.  It is never a good time for anyone to quit.  It may prove time consuming and costly to replace you.  It is much cheaper to keep you, even at a slightly higher salary.  And it would be better to fire you later, on the company’s time frame.

Accepting a counter offer can have numerous negative consequences, consider this:

Where did the additional money or responsibility you would get come from?  Was it your next raise or promotion – just given early?  Will you be limited in the future?  Will you have to threaten to quit in order to get your next raise?  Might a cheaper replacement be sought out?

You have demonstrated your unhappiness or lack of blind loyalty, and will be perceived as having committed blackmail to gain a raise.  You will never be considered a team player again.  Many employers will hold a grudge at the next review period, and you may be placed at the top of the next reduction-in-force “hit list”.

Apart from a short-term, Band-Aid treatment, nothing will change within the company.  After the dust settles from this upheaval, you will be in the same old rut.  A rule of thumb among recruiters is that more than 80% of those accepting counter offers leave, or are terminated, within 6 to 12 months anyway.  Half of those who do succumb reinitiate their job searches within 90 days.

Finally, when making your decisions, look at your current job and the new position as if you were unemployed.  Which opportunity holds the most real potential?  Probably the new one, or you would not have accepted it in the first place.

Part of the above material was taken from an article by R. Gaines Baty, which appeared in the National Business Employment Weekly.

If you are ready to take your career to the next level with a leading organization, search the opportunities available through Park Avenue Group.