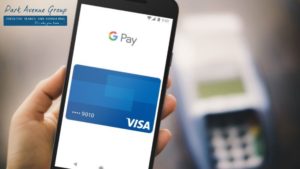 Google is well known for its dominance in Internet-related services and products, in 2021 it will be branching its services out to the financial world. Specifically, Google has partnered with 3 big banks, 4 community banks, 2 credit unions, and 2 digital banks.

Currently Google has a feature called Google Pay app which was re-launched just before Thanksgiving as Google Plex. The update has 3 new or redesigned components for its users:

Google Plex is what banks want their mobile banking app to be: The hub for their customers’ payments and financial management activities.

Why aren’t traditional banks leading this charge? These three factors are key:

This is why majority of banks and credit unions turn to Fiserv, FIS, and other technology vendors for their digital banking platform needs.

For customers to be able to use Google Plex they will be asked to choose one of the financial institutions it has partnered with. In July 2020 a survey of US consumers was taken by the Cornerstone Advisor, which found that consumers who said they’d open a Google checking account are about three-quarters of the Google Pay users and 60% would make the account a secondary account to the one they already have with a current bank or credit union.

Overall Google’s strategy is to let banks be the underlying financial infrastructure and navigate regulation while it builds smarter features for customers. Most US banks rely on vendors and don’t provide their own financial infrastructure. Partnering with Google may be a cost savings for banks looking to bolster their digital offerings to their customers. Fortunately for banks and credit unions, without them there is no Google Plex.