Light at the End of the Tunnel for Digital Therapeutics 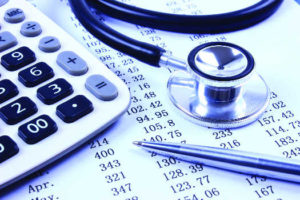 This past week the DTx (Digital Therapeutics) West conference was held in Silicon Valley. CEOs, venture capitalists, and executives met to debate the state of digital healthcare. Surrounded by technology giants such as Oracle and Google, DTx leaders discussed how the industry needs to solve its reimbursement conundrum in order to keep growing.

The phrase repeated at panels and presentations was “can we achieve replicable reimbursement?” The field has evolved from evidence generation and regulatory pathways deliberated at previous meetings. These days DTx leaders have shifted attention to sustainable business models and are trying to sort out the impact of recent financing trends.

Peter Hames, CEO of Big Health, stated that DTx are a “diet pill for [payer] budgets,” and his company has been focused on health economics. He called their value proposition a “CFO sale” since the “fundamentals are to collect evidence for cost savings.” They conduct longitudinal economic studies in order to align incentives for payers, providers and patients.

Data is the product

DTx companies collect continuous information on interventions which creates the unprecedented opportunity to generate reliable outcomes data. The mandate from payers is cost reduction while maintaining excellent care according to Brent Vaughan, CEO of Cognoa. He noted that larger payers will engage DTx companies that present efficient pharmaco-economic data.  Yasodhara Paruchuru, VP at Happify Health said “we need sustainable reimbursement.” She explained that the DTx industry should be able to deliver both cost savings and efficacy. Payers are driven by company models that facilitate adherence and improve efficacy while lowering costs.

Hames and others discussed how DTx companies can take advantage of the fact that marginal costs approach zero which will change how payers think about value. Leaders encouraged their peers to embrace payment models based on low distribution costs. Alex Waldron from Pear Therapeutics said that since data is the DTx product, the industry needs to show the economic impact of good outcomes. He stated, “we have a unique opportunity as an industry based on data to better understand payers and reduce the overall cost of care.” Paruchuru said that effective outcome and economic data will allow DTx to use value-based reimbursement models.

Waldron discussed the need to establish government payment contracts. He explained that “legislators are working to fix what’s wrong” about paying for new therapies and modalities. The goal is to treat problems with significant unmet needs and certain fields such as neuroscience are poorly addressed using pills and devices. He noted that the Food and Drug Administration (FDA) has recognized breakthrough therapies and that the next step is for the Center for Medicare and Medicaid Services (CMS) to offer reimbursement for patients eligible for DTx solutions.

Megan Coder of the Digital Therapeutics Alliance (DTA) suggested that CMS should create a new category. She explained that currently medicare patients do not have DTx covered. She noted that the industry is working to establish that “this evidence-based type of medicine is legitimate and should be covered as long as we maintain security and patient safety.” She also stated that “DTx data shows outcomes as well as provides insights for appropriate treatments.” She pointed out that companies are developing legitimate therapies and some medicare patients are at risk of being deprived.

Early deals between DTx and big pharma generated much attention. Pear Therapeutics received landmark approval as the first software as a medical device (SoMD) and raised about $130 million from private investors. Pear entered into a broad agreement with Novartis which included commercialization with Sandoz. Last year, during a time of leadership change, the pharma’s generic division returned commercialization rights to Pear. Novartis will retain co-development rights to other programs. In another high profile partnership Otsuka announced that it would part ways with Proteus Digital and its chip-on-a-pill technology. Instead, the Japanese pharmaceutical company partnered with Click Therapeutics to develop digital treatments for major depression.

In 2018 venture investors put about $8 billion to work in DTx start ups but financing dropped somewhat the following year. However, public investors have stepped in and supported several large digital technology-enabled health company Initial Public Offerings (IPOs). Most recently OneMedical went public with market cap hovering around $3 billion and revenues in the hundreds of millions and growing.