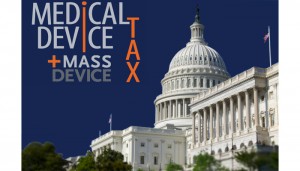 What Happened with the Medical Device excise tax?

President Donald Trump has signed into law the 2020 federal spending package, which includes a provision to permanently repeal the 2.3% medical device excise tax.

Trump signed off on the spending bills on Dec. 20, providing the medical device industry a win that it has sought for nearly a decade. The tax was part of the Affordable Care Act of 2010 and was one of a number of funding mechanisms meant to help pay for the health reform. But the medtech industry argued that the tax limited jobs and innovation

Device companies over the years achieved temporary suspensions of the tax through Congress — but never an outright repeal, until now.

“The medical device tax is officially history. With the end of this burdensome tax, the U.S. medtech industry can do what it does better than anyone else in the world: develop life-changing innovations that save and improve patients’ lives, and create high-paying, high-tech jobs to keep the American economy booming,” AdvaMed CEO Scott Whitaker said in a statement.

“We thank President Trump and his administration for their strong support of medical innovation and for their leadership as we worked with Congress to repeal this onerous tax,” Whitaker said.